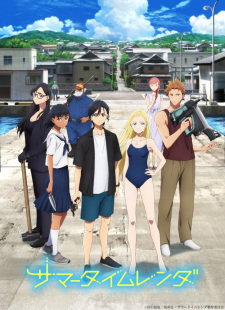 Plot Summary: Since the death of his parents, Shinpei Ajiro had lived with the Kofune family and their two daughters—Mio and Ushio. Although he then left his home island to continue his education in Tokyo, Shinpei returns after Ushio tragically drowns during the attempted rescue of a little girl. During the funeral, his best friend informs him about bruises found around Ushio's neck, casting doubt over the cause of her death. Suspecting a murder has taken place, Shinpei reevaluates recent events, but strange incidents only continue to transpire. Disappearing people and other unexplainable occurrences lead Mio to recall an old folktale referring to entities called "Shadows," which may not be entirely fantasy. Supposedly, an encounter with one's Shadow foretells the person's impending demise. Facing the dark side of Hitogashima Island, Shinpei stands against his grim fate to fulfill Ushio's final will—to protect Mio.