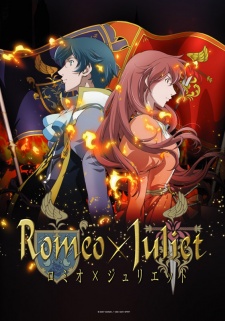 Plot Summary: In the floating continent of Neo Verona, the Montague family seized control and murdered every member of the Capulet family with the exception of Capulet's daughter, Juliet Fiammata Asto Capulet. 14 years later, Juliet and the remnants of Capulet's retainers live hidden from the iron fist of the Montague family. Juliet has long forgotten the murder of her family or her identity, and cross dresses as Odin and the town's hero of justice, "Red Whirlwind." A sudden escape in her daily escapades leads her to meet Romeo Candorebanto Montague, the kind son of the tyrannical Montague. Destiny has been set as these two individuals soon to be "star-crossed lovers" are cruelly toyed with by fate in the midst of war. Loosely based on the play by William Shakespeare.