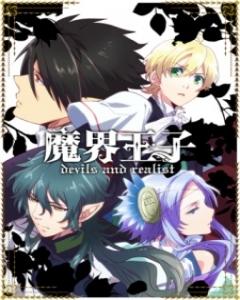 Plot Summary: The story revolves around William, an aristocratic family’s progeny with rare intellect. One day, his uncle lost his possessions after his business failed. Fearing that his family’s name has been tarnished, William returns home and searches with his family’s butler for anything that can be converted into cash. A search of the premises yields an underground room left by an ancestor. In the room is a magical seal, and William unintentionally summons a devil. The summoned devil tells William his name Dantalion, and reveals that William is the designator who can choose the acting ruler of the demon world.

Other name: 魔界王子 devils and realist