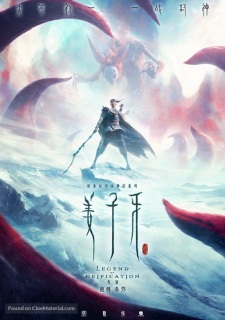 Plot Summary: Jiang Ziya, a top commander in the divine army of the Kunlun Sect, is victorious in the battle between the Heavenly powers and the Shang dynasty. Before he can ascend to his new position among the Gods, he is ordered to execute the Nine-Tailed Fox Demon who threatens the mortals' very existence. But when the Fox Demon shows him the secret to her power, an innocent human girl, he is unable to complete his task resulting in his banishment to the mortal realm forever. Ten years later, atop the ruins of war, Jiang Ziya is once again given a task that will bring him back to the Heavenly realm – execute the Nine Tail Fox Demon regardless if the innocent life is lost. Now Jiang Ziya must decide – follow the will of heaven or find his own path to becoming a true god.

Other name: Legend of Deification, 姜子牙